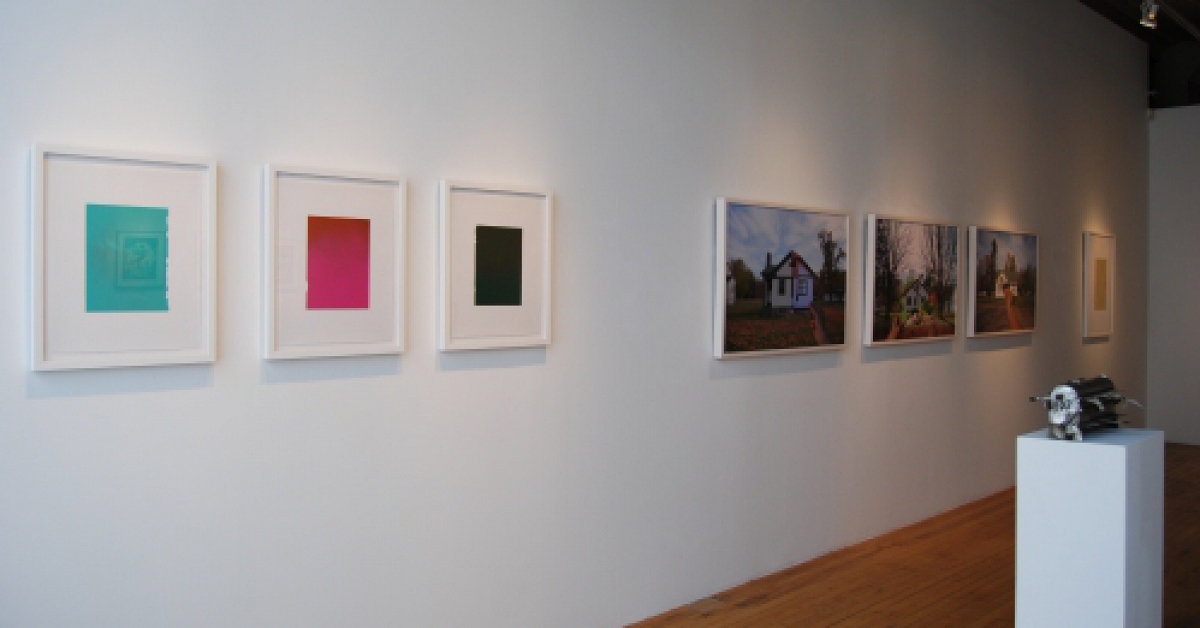 CHICAGO, Illinois - THE MISSION is pleased to announce its second annual preview exhibition: SUMMER 2012: Vantage Point. The exhibition, on view from July 13 – August 18, 2012, brings together a diverse group of artists from the Americas. Philippe Bemberg (Argentina), Adam Gondek (United States), Clarissa Tossin (Brazil), William Villalongo (United States), and Rodrigo Zamora (Chile). SUMMER 2012: Vantage Point assembles works from six national and international artists, stimulating discourse and recognizing reoccurring global themes addressed by artists across the continent. Although each artist employs different mediums and aesthetics, they jointly explore the subliminal; what it is concealed and perceptually blocked. Philippe Bemberg, Adam Gondek and William Villalongo confront this with a playful attitude, simultaneously underlining the absurdity and futility of mass cultural imagery and design. Clarissa Tossin, and Rodrigo Zamora access this terrain subtly; using repetition as exercise of revelation and research, whether it is in the tracing of past events, the reconstruction of urban landscapes, or as a reflection of the process of art-making.

Philippe Bemberg lives and works in Buenos Aires and Paris. Bemberg has a BA in Visual Communication and Graphic Design from l’Ecole Supérieure des Arts et Techniques de Paris. While he has exhibited extensively in Argentina, this will be his first exhibition in the United States.

Adam Gondek received a BFA from the School of the Art Institute of Chicago and has exhibited in various galleries in Chicago, Wisconsin, Rhode Island. Gondek lives and works in Chicago.

Clarissa Tossin lives and works in Los Angeles, California. Tossin received a BFA from Fundação Armando Álvares Penteado in Brazil and her MFA from CalArts in 2009. Her work has been shown at CCA Wattis Institute, Galeria Luisa Strina, Centro Cultural Tlatelolco. She was awarded the Core Program fellow at The Museum of Fine Arts, Houston (2010-2012). Her work is included in The Museum of Fine Arts Houston collection.

William Villalongo lives and works in Brooklyn, New York. Villalongo possess a MFA from Tyler School of Art at Temple University, and a BFA from The Cooper Union for the Advancement of Science and Art. He is represented by Susan Inglett Gallery in New York City.


The Mission promotes art of the Americas by organizing exhibitions of contemporary and historically significant artworks. The Mission initiates dialogue among local, national, and international contemporary artists. We are dedicated to supporting artistic innovation and experimentation in light of art historical contexts.