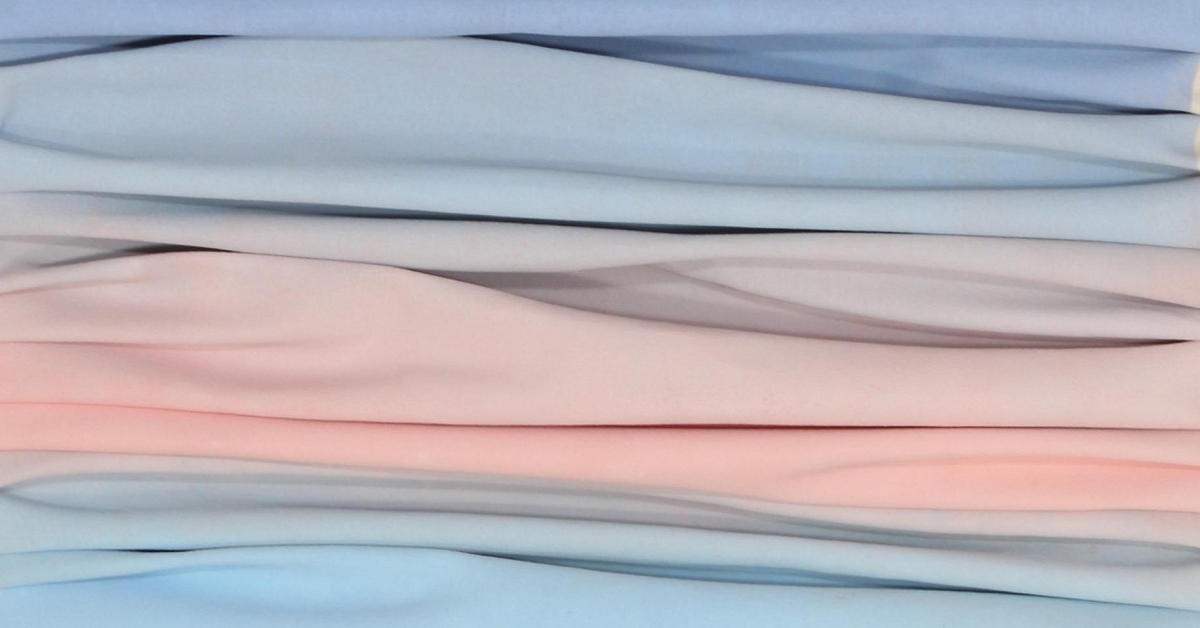 THE MISSION is excited to announce Softer, an exhibition of recent paintings by Jean Alexander Frater. An opening reception will be held on Friday, April 28 from 6:00 to 8:00pm. The exhibition will be on view through Saturday, June 10, 2017.

Alexander Frater investigates the materiality of painting and how its physical properties interact with its environment. Recontextualizing the roles that stretcher bars, paint and canvas play in painting, Alexander Frater allows the materials to visibly resist, or comply to, manipulation. Her canvases are folded, cut and pleated around its supports-in some instances, revealing the architectural framework. Where she creates black dripped lines across bright canvases in her previous work, Alexander Frater fashions more indirect contrasts within her subdued, undulating canvases in Softer. In her first solo exhibition at the gallery, Alexander Frater showcases paintings that reveal her proclivity to elude the confines and limitations of painting.

Alexander Frater’s folds break the fictitious barrier between two and three dimensions by expanding the surface plane’s volume. Rather than choosing to go “large” and colonize more visual space by increasing the outer dimensions of her works, Alexander Frater goes soft, manipulating excess surface volume as both a sculptural and painterly material. Her folds disrupt the smoothness, regularity and rectilinearity of the picture plane, playfully transforming hard-edged stripes into ripples…and turning the geometrically bounded lavender, blue, and green color field painting ‘Green to Blue Rippled Folds’ into a slyly analog form of glitch art. Folds also allow Alexander Frater to draw lines in space (or in her case, to pinch them into existence) without any implements at all-indeed, without using any material other than surface itself.

JEAN ALEXANDER FRATER (b. 1972) received her BA in Philosophy from University of Dayton and her MFA from School of the Art Institute of Chicago. Alexander Frater has recently been included in group exhibitions at The Franklin (Chicago, IL), Stark, Main Hall Gallery at Kent State University (Canton, OH), Transmitter (Brooklyn, NY), Chicago Artists Coalition (Chicago, IL), Wexner Center for the Arts (Columbus, OH), Rockford Art Museum (Rockford, IL), among others. She has recently exhibited solo exhibitions at Guest Spot @ The REINSTITUTE (Baltimore, MD) and SpaceCamp Micro Gallery (Indianapolis, IN). Alexander Frater was included in a group exhibition, Plane Figures, at THE MISSION. This is her first solo show at the gallery. Alexander Frater lives and works in Chicago, IL. 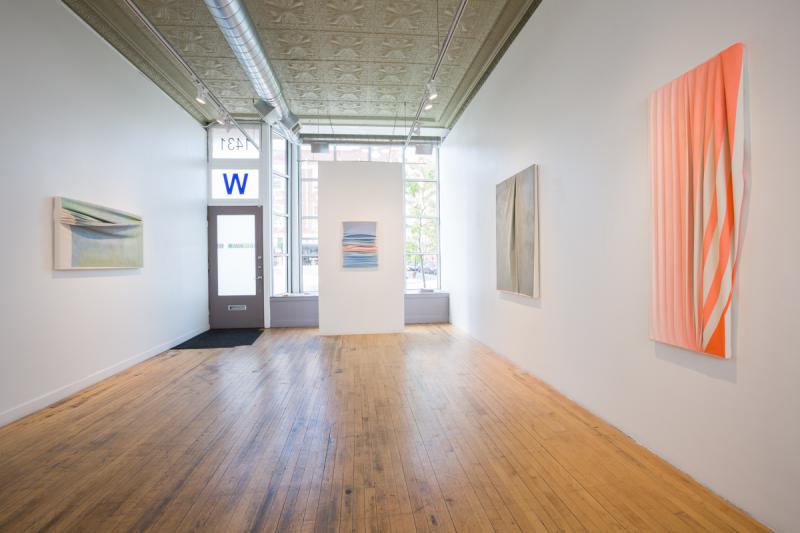 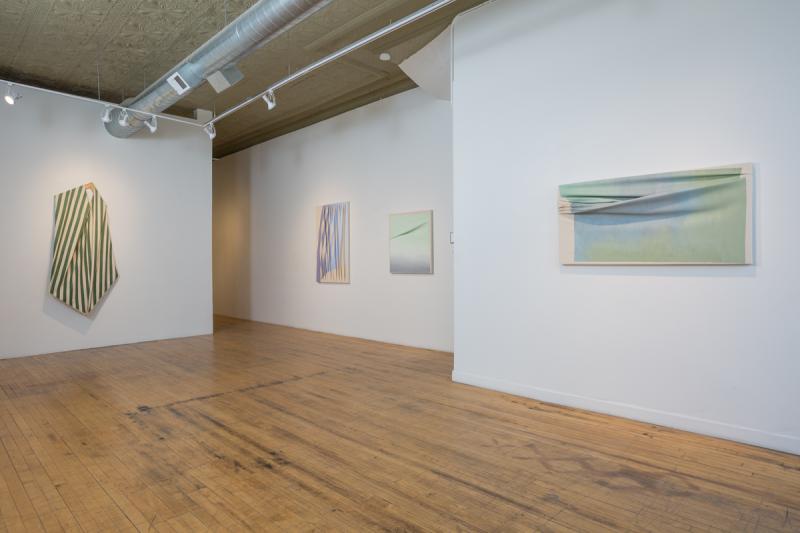 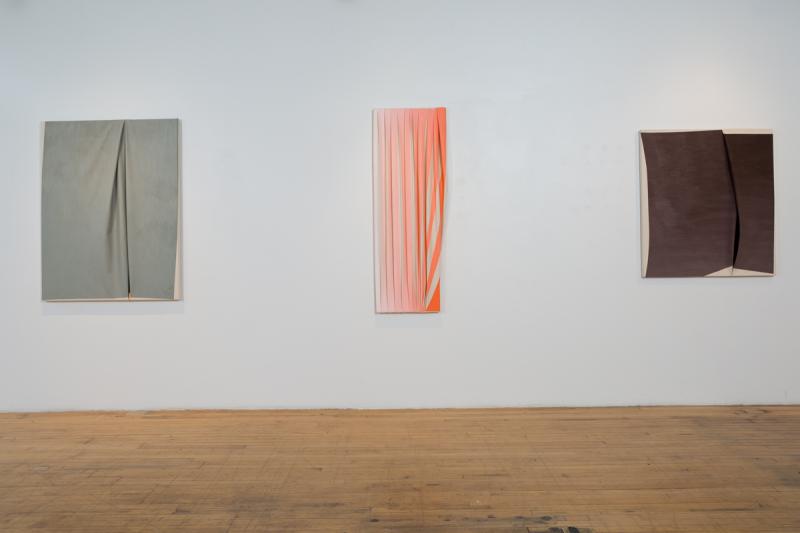 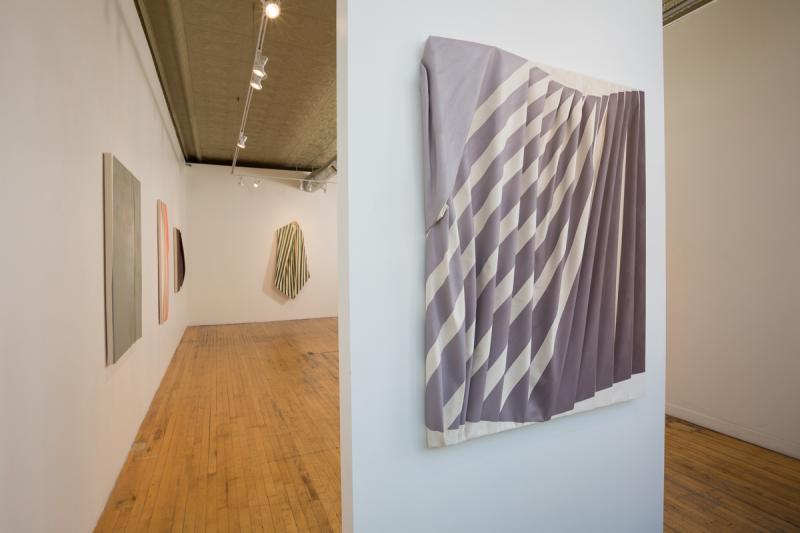 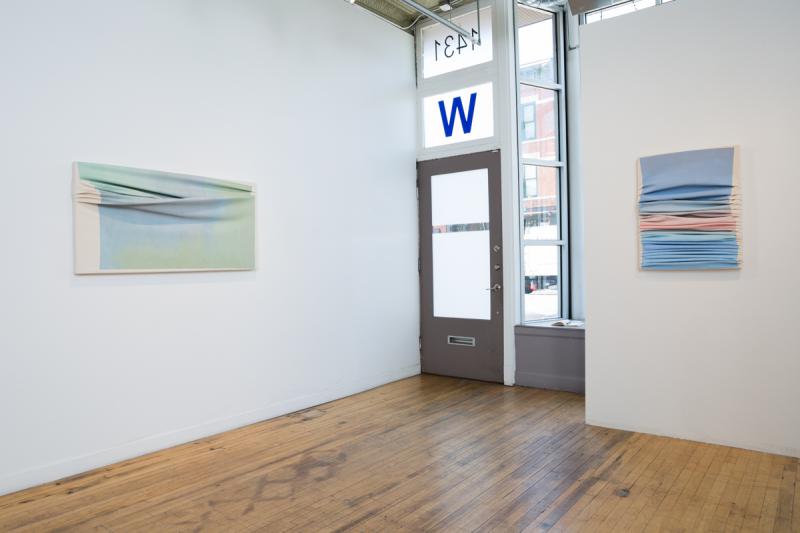