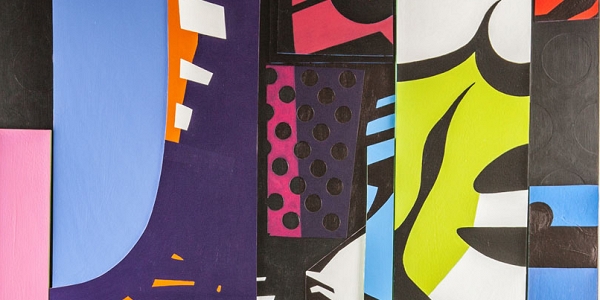 Chicago, IL, 1/5/16 — THE MISSION is proud to announce Formulate Infinity, an exhibition of recent works by Curtis Gannon. In his second solo exhibition at THE MISSION, and his debut in Chicago, Gannon presents collages, paintings, and an installation sourced from modern, mass-produced comic books. An opening reception will be held on Friday, January 15 from 6pm to 8pm. The exhibition continues through Saturday, February 27, 2016.

Gannon omits storylines and signifiers from the sourced content and preserves the distinctive, iconic qualities of the comic book page — grids, thought and voice bubbles, and vibrant hues. Cutting by hand, Gannon extracts these elements from the page and creates superimposed assemblages. Void of narrative and figurative representations, Gannon builds his collages referencing the patterns and motifs found within various templates of comic book design. The fragility of the medium is evident in his floating, framed collages, and continues to appear palpable in Cosmos #2, an installation of 60 suspended glass vials filled with strips from comic book pages. The illusive weightlessness of the installation mimics the boundless, physics-defying elements of the science fiction genre.

Comic books provide a portal into an imaginative world of heroes and villains, but Gannon’s geometric constructions provide a window onto his workbench. Much like Jackson Pollock and Robert Rauschenberg, Gannon employs the flatbed picture plane technique, assembling his collages on a horizontal surface. Gannon’s inclusion of circles in both his collages and paintings counter the rigidity of the grid and references the ben-day dots widely used in the printing process of comic books and in the popularized painting technique of both Impressionist painters and Pop artist Roy Lichtenstein.


CURTIS GANNON (b. 1974) received a BFA in Painting from the University of Houston and received an MFA in Painting from San Diego State University. His work has been included in group exhibitions at Hunter Gather Project (Houston, TX), Williams Tower (Houston, TX), Marion Gallery (Panama City, Panama) and Sicardi Gallery (Houston, TX). Recent solo exhibitions include Never Enough at the Galveston Arts Center (Galveston, TX), Remnants of Yesterday/Fragments of Tomorrow at THE MISSION (Houston, TX) and Urban Myths at Beeville Art Museum (Beeville, TX). Gannon was born in Ontario, Canada and currently lives and works in League City, Texas. 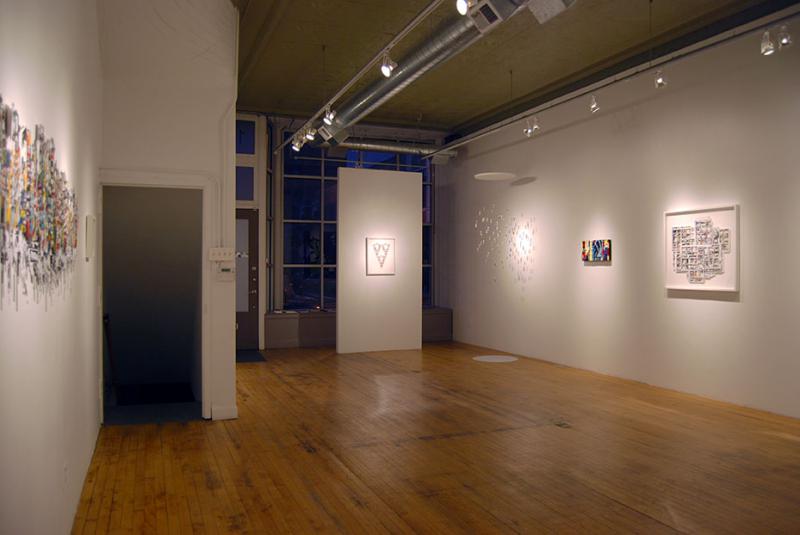 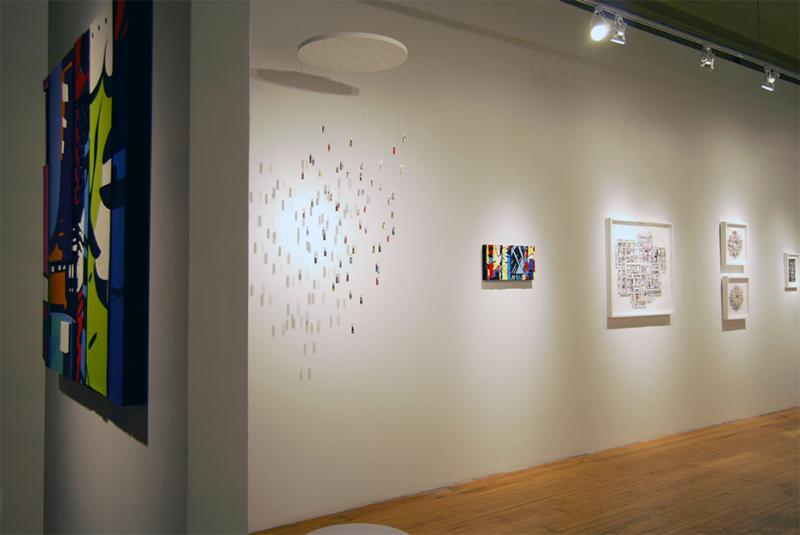 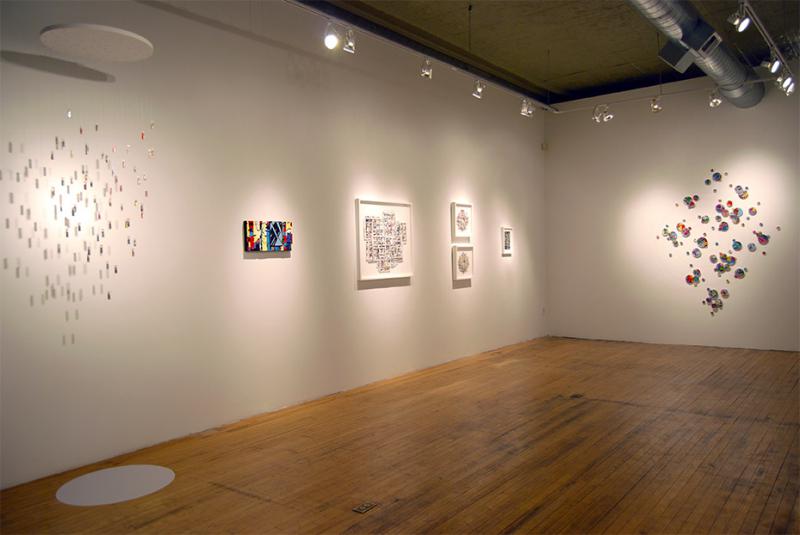