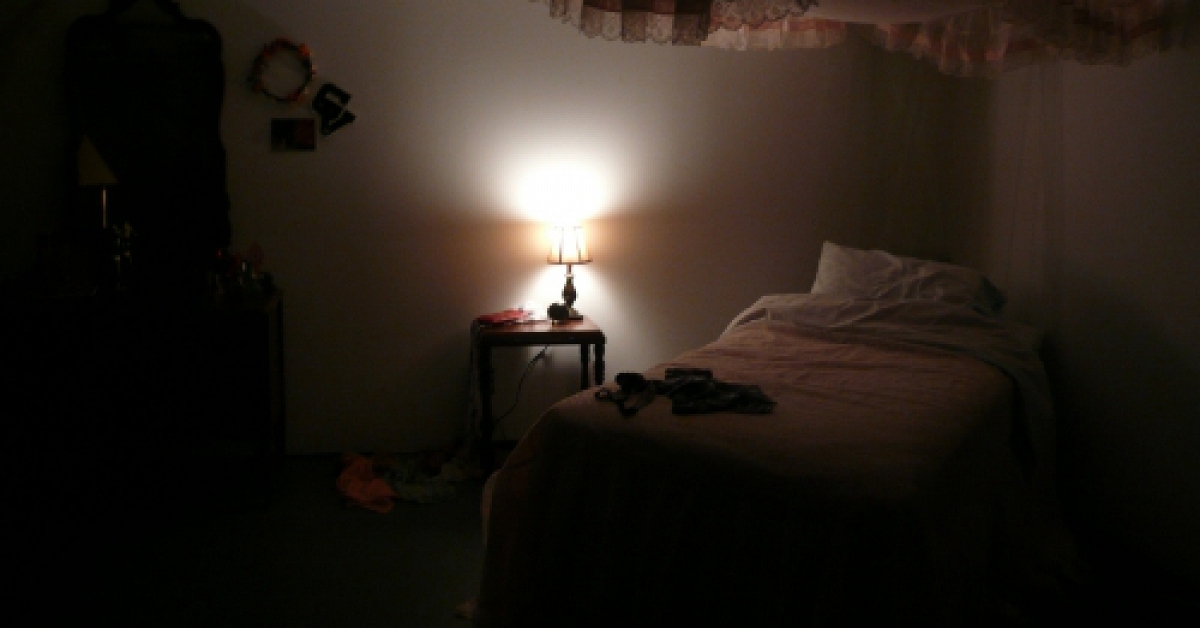 Brittany Pyle’s site-specific installation, Night Witch, will be the third to be presented in THE SUB-MISSION. Night Witch functions as an illusive domestic realm, operating at the intersection of suspicious pleasure and foreboding discomfort. The familiar gives way to suspense as night falls upon a private space, and Night Witch is the personification of that mood.

Influenced by 1970s-1980s horror cinema, Pyle is interested in the mise-en-scéne of a bedroom or living room just before terror strikes. In contrast to a horror film, however, the viewers of Pyle’s installation are no longer restricted to acting as a detached, third party observer. Conversely, the viewer is now immediately implicated in the participation, experiencing the scene just as the intruder does.

The icons of an adolescent woman’s private space have historically been portrayed as mysterious, charging her with a dark power and a monstrous-feminine potential: the mythology of the girl. Pyle experienced these notions during her childhood, and, as an artist, her work is often self-mythologizing. The Night Witch installation is ultimately the living manifestation of a memory: a room dissected out of its proper place, looming on the fringe of one’s mind.


Brittany Pyle received her BFA from the University of Illinois at Urbana-Champaign in 2010. She currently lives and works in Chicago, Illinois.
Night Witch will open on Friday, September 7, 2012 and run through Saturday, October 27, 2012