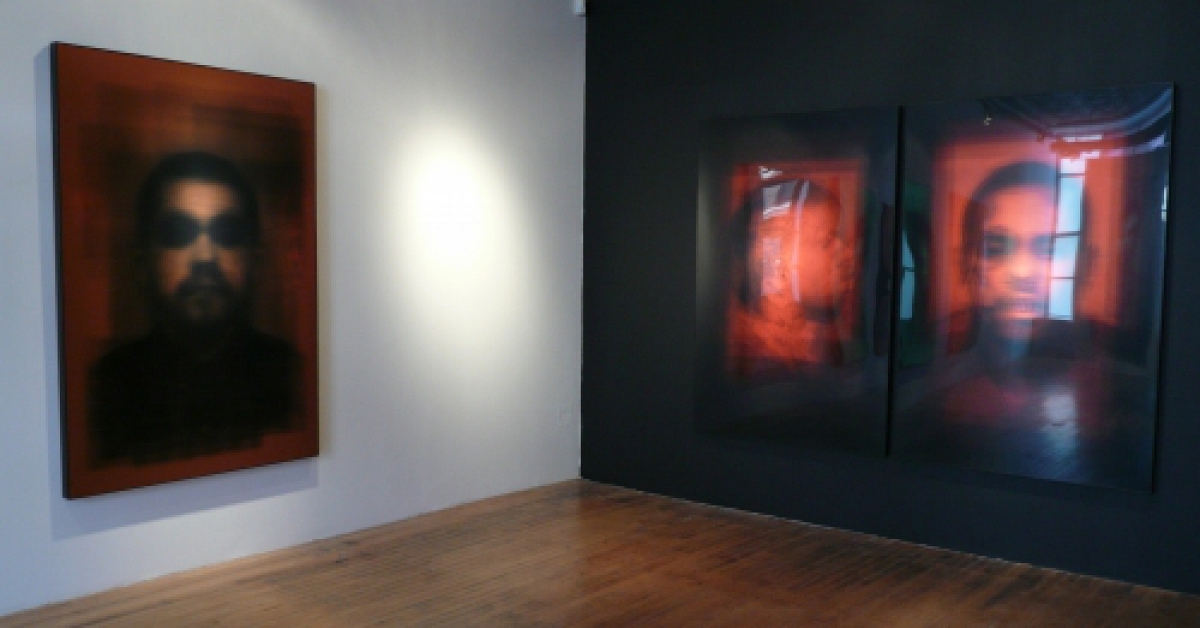 CHICAGO, Illinois - THE MISSION is pleased to present GUILTY!, an exhibition of large scale photographs by Argentine artist Marcelo Grosman. In his first US solo exhibition, Grosman explores a digital modification of the composite sketch. Rather than creating the composite based on subjective memory, the photographs are built using a digital process creating a dense overlay of pixilated residue to create its dark, chalky mood.

Beginning his research by selecting mug shots based on gender, age and accused crime, the multiple images are then overlaid to create a generalized sketch of the ‘criminal’. A feeling of social aberration, even if you didn’t know the title of the series, seems to dominate the work. Perhaps it is the individuality of the subjects with their subtle yet highly coded physical and emotional attributes - tattoos, scars, fetish clothing, running mascara - that hint at the desperate situation to which these individuals seem to have succumbed. The colored backgrounds of the photos, on the other hand, provide the single, ironic counterpoint to their otherwise colorless selves.

Guilty! is a project about interrogation. An interrogation of the criminal mind, of society’s attitudes and prejudices towards the other, and of our own attraction and repulsion to that which we know to be socially unacceptable behavior. But does the immediate assumption of guilt preclude our ability to rightfully identify them as victims too? While the seductive nature of these images establishes a basis for understanding this conundrum one must also conclude that they are in no way self-contained assessments. Images, moreover, are morally neutral and incapable of self-determination. The argument is located not in the images themselves, but rather in the collision of meaning that occurs in the contentious space between the artist’s eye, the constructed images, and the viewer who gazes upon them. To quote Michael Fried’s oft-repeated epigraph, “Each answer remains in force as an answer only as long as it is rooted in questioning.”(Martin Heidegger, “The Origin of the Work of Art”). It is only through this conceptual negotiation those judgments, assumptions, and the potential for redemption can be possible. Guilty! becomes an assertion of power, not just remorse. 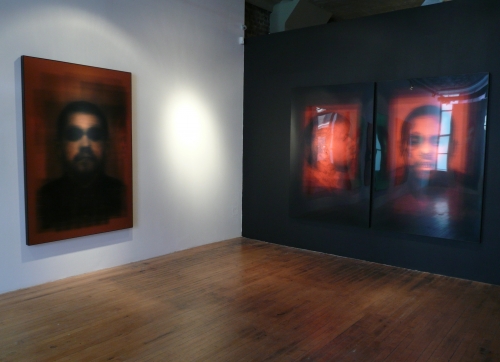 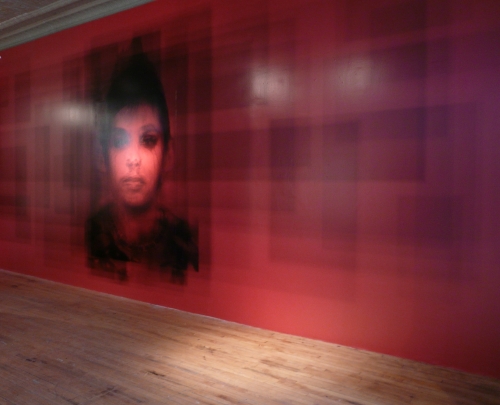 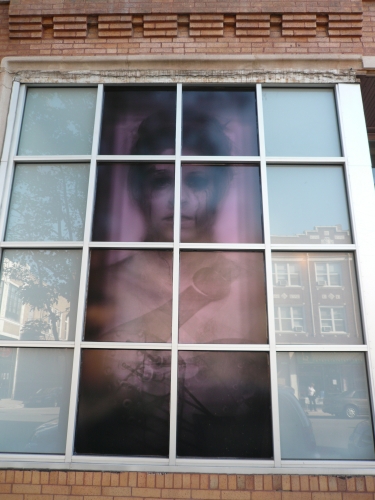 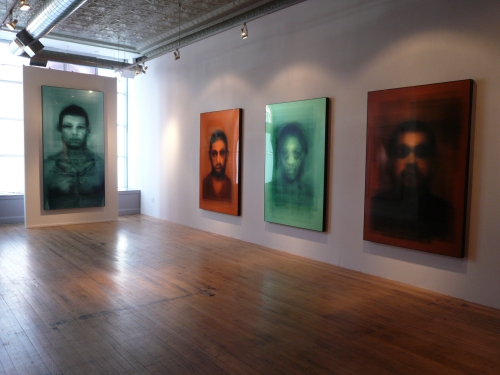 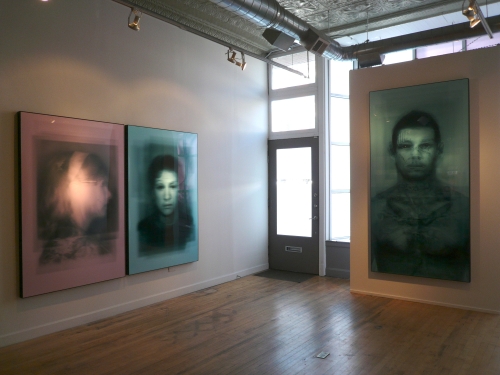 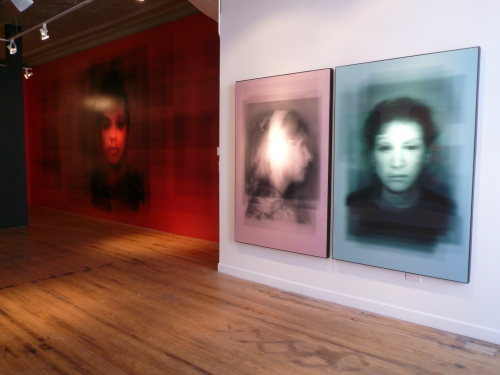